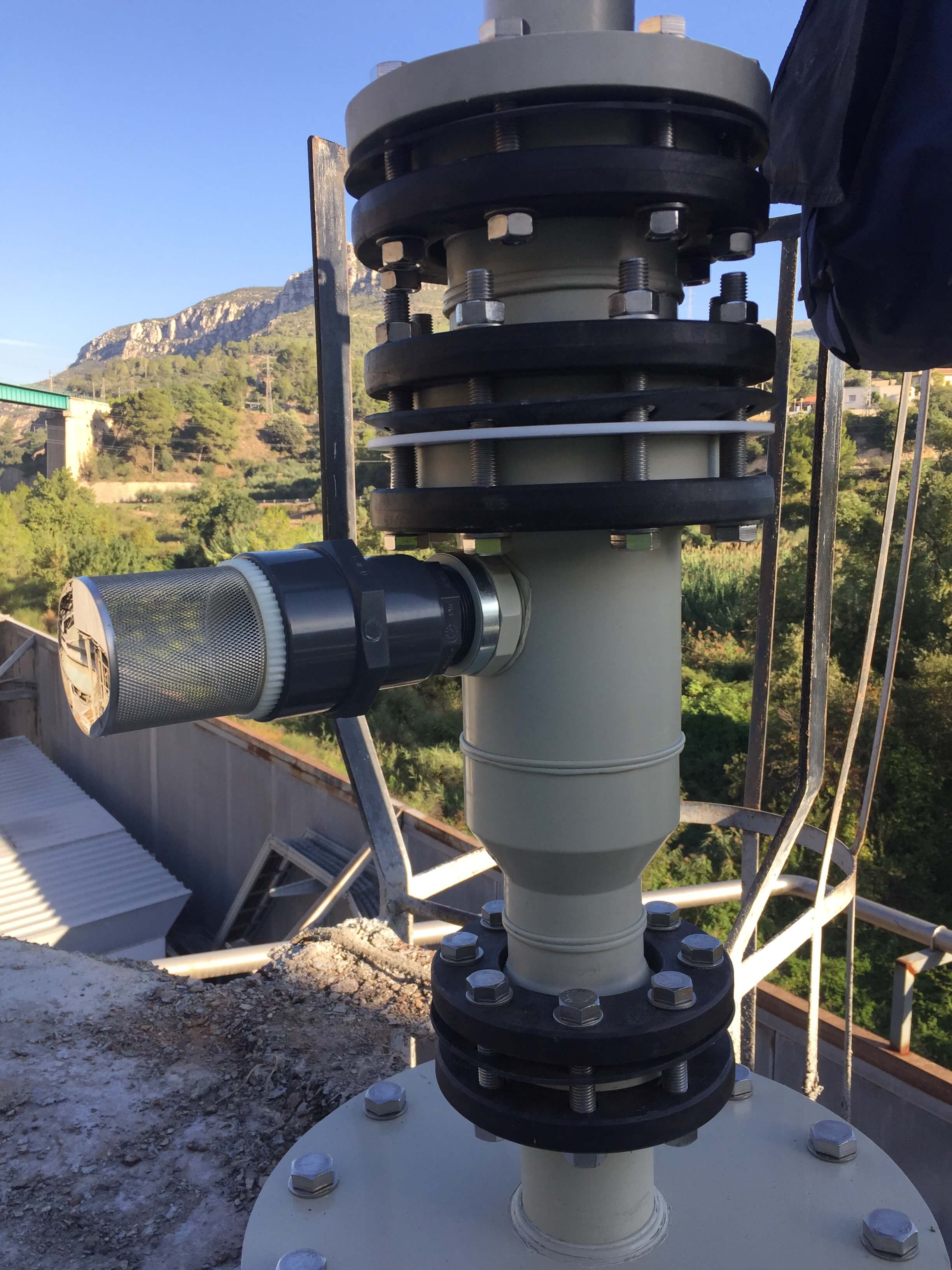 This October a system of three Jet Blowers was installed in the paper mill to aerate and homogenize three process water tanks. With the aeration of the waters, a serious problem of odors has been solved associated to a potential of oxidation-reduction of the waters very negative (due to its highly closed circuit).

The values of redox potential before the aeration of the tanks was -250 mV, and two days after the start-up of the Jet Blowers, the redox values were +80 mV.

Other benefits obtained at short-term have been the reduction of the consumption of biocides and a better stability in the short circuit of both machines.

For the first time, S&S has installed Jet Blowers made of high density polypropylene, as shown in the photograph, and not of AISI 316L stainless steel.

Do you need more information about us?

Get in touch with our experts
https://www.sschemi.com